This is the handmade cover for the original “The Hound and the Hedgehog” which was made out of a Harry Potter book that fell apart.  I later acquired a stuffed hedgehog and gave him the features of our lovable and fearless Pokey.

Private eye Don Keyhote knew he was in for it the minute he laid eyes on the gorgeous dame in the red dress who walked into his office that gray December day. But what starts out as a lost pet case turns into a whole kennel full of trouble for the doubtful gumshoe as he encounters a shifty bird, a hulking gorilla, and a slippery weasel—not to mention a hedgehog who’s handy with a cocktail sword—in this semi-hardboiled shaggy dog story. 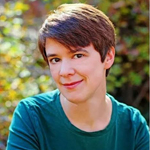 Erica Smith as Heather Fields (the Woman in Red) & Myra

*********
Coming for the holidays is a fun little radio play that has been adapted from an adorable book written by William Hardy.

“The Hound and the Hedgehog” was a short story written for me as a gift one fine winter holiday season several years ago.  It contains lots of little inside jokes, like many of the animals mentioned happen to look a bit like our family pets.  Not to mention (though it seems I am mentioning it) the damsel in distress is named Heather and she bears a striking resemblance to another Heather you might have heard of (me) before I let my hair go white and pink and cut it all off.

This is Hera.  She used to live with me when I had a house and a yard and my family was still all together.  She now lives with Robin in the most doggiest of happy dog havens.  Hera is part hound and therefore sort of a mascot for “The Hound and the Hedgehog,” even if the hound in the story is the gumshoe.

I think about this little story every holiday and Will reads it to our family (at my pressing) from time to time because it’s just short enough to do that.  My love of radio plays, which started with Seeing Ear Theatre’s production of Snow Glass Apples written by Neil Gaiman, had me thinking maybe I’d like to be involved with a radio play some day.  Then, after a couple of podcasts with Raven Heights Radio I read some of “The Hound and the Hedgehog” to Raven Heights mastermind and podcast goddess Erica Winter and asked her if she thought she’d be interested in it as a voice play.  She loved the story and the idea, and so we thought it would make a good bit of story-time around the holidays.  Partly because some of it takes place around the holidays and partly because it’s family friendly and fun.

We’re set to have a rehearsal in a couple of weeks, then we will record in early December.  Erica tells me she will be putting it on the Raven Heights website right before the holidays.

Below are some of the other animals that make cameos in the story. 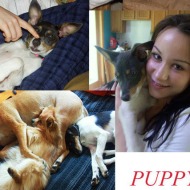