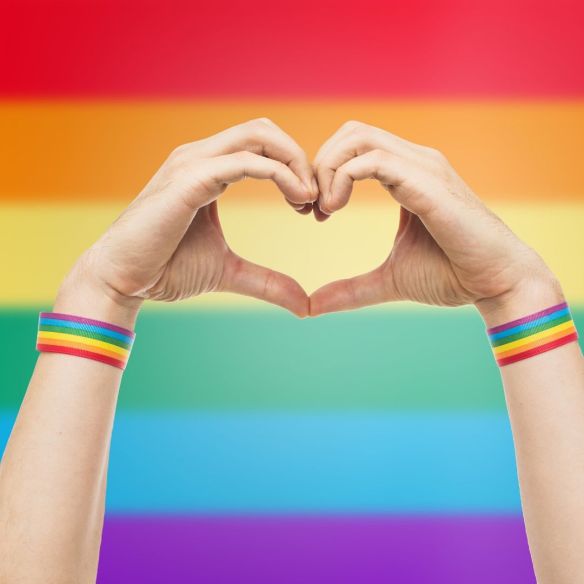 Pride is a good time to talk about who we are “supposed” to love. Who we are “supposed” to have sex with. I love writing fantasy stories because you can talk about all sorts of things that are hard to talk about. Plus, when you start with a classic fairy tale, some of the framework is all set up. So if you’re telling a story about different kinds of magical creatures, it’s a little easier to say a Hunter shouldn’t be with a Lycan because that’s not as anchored in the “real world.” In fantasy and supernatural stories you can talk about things indirectly in a way that removes the real world politics that are already in place.

I do have a gay and a bisexual character in my Red August series and I hope that when readers who might not normally be open to that idea will see the parallels between saying one species of magical otherkin shouldn’t be with another  – or with a human – it begs the question: why does it matter? If you’re rooting for the wolf and the non-wolf to get together, maybe you should be rooting for love instead of being concerned about which gender loves which. How does it hurt you if a wolf falls in love with a shifter? How does it hurt you if a woman loves a woman? How does it hurt you if a person’s biological sex doesn’t fit the gender they choose? It doesn’t hurt you at all. It challenges some of your beliefs, sure. I get that. I didn’t always know or understand all of those things. I sometimes reacted badly to new information. But challenging your beliefs is not the same as it hurting you. Show some grace and let people live their lives. It is hard to take in new information, but once you do try and allow yourself to change your mind.

Once upon a time I got very defensive about my use of yoni (vulva) imagery in my artwork. I upset some people by trying to over-explain why it mattered to me and I didn’t mean anything bad by it. But I couldn’t grasp the deeper issue because I personally had never dealt with it. Through that experience I eventually came to realize the below image would have really helped me. Why didn’t I think of it right away on my own? Because I was being reactive. Feeling attacked. But I stepped into a conversation I really should have not stepped into so defensively to begin with. I should have stepped in with more curiosity and less defensiveness. One thing some people will eventually learn is that the older you get the more things you will have to adapt to if you want to grow as a person. Things change over time. Change can be hard. But if it makes the world a better place, it’s worth it.

This below image is one I found on Facebook. It doesn’t have a credit, so if you know who made it, please let me know! I feel like it’s a really good representation of what I’m talking about and it’s a great image to share. Thank you, whoever did it! 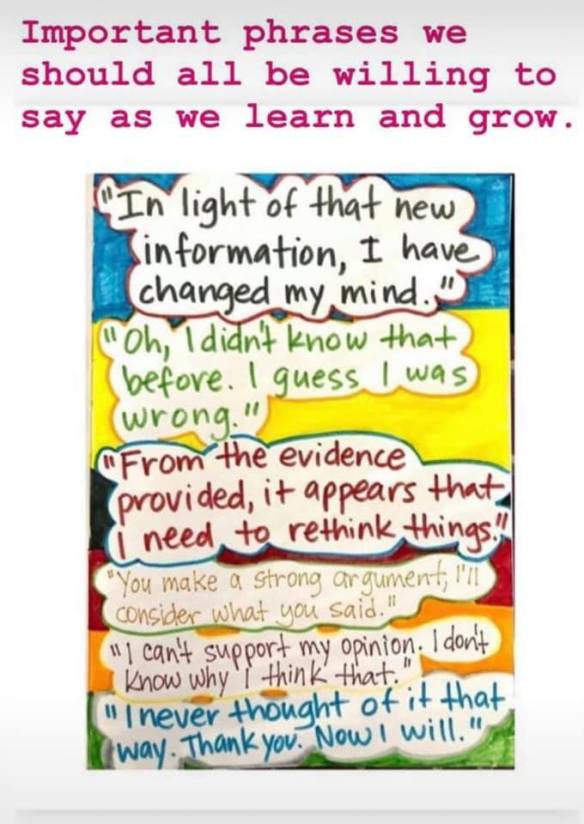